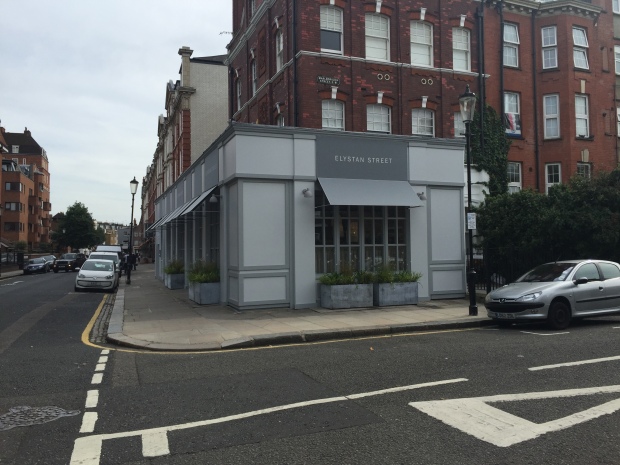 Phil Howard is a man with bigger knackers than most. After two decades at the helm of one of London’s most important restaurants, he decided to sell The Square because the cuisine is no longer in line with the cooking that he wants to cook. For in industry so beloved of Michelin, he has effectively handed in his two stars and started again, making the move from a prime spot in Mayfair to one in Chelsea which failed to be fruitful for a certain Tom Aikens.  The new restaurant is a departure from The Square; less clinical, with table tops of wood and concrete replacing ironed white linen.  Natural light pours in through large windows that dominate two of the four walls, the others lined with the kind of modern art you wish you could afford at home.  The food, too, has changed.  Evolving into a vegetable heavy line-up with less emphasis on fats and protein. 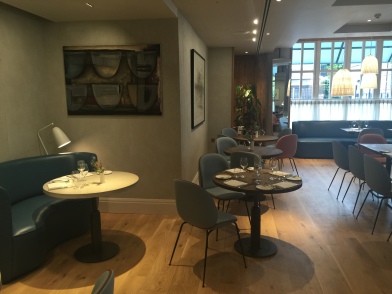 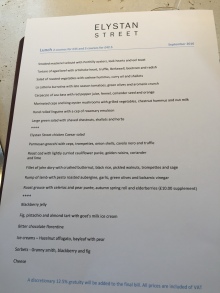 The result is a restaurant that feels like an instant classic.  Ingredients are gently manoeuvred to bring out the optimum flavour, modern techniques employed for flavour, not frivolity.  Burrantina is elevated by a mollica like topping of dried black olives, toasted bread crumbs and spices.  Partially dried late season tomatoes give pops of sweetness, pine nuts crunch, and olive oil a gentle pepperiness.  It’s impeccably balanced and we mop up the last of the creamy cheese with sourdough of similar quality.  Another starter of beef tartare saw a fat quenelle sandwiched between slithers of berkswell cheese, itself on slices of artichoke that tempered the other big flavours.  The tartare was boldly seasoned with a dice of vegetables that provided bite against that finely chopped meat.  It tasted original, an achievement given how many tartare’s I have eaten of recent. 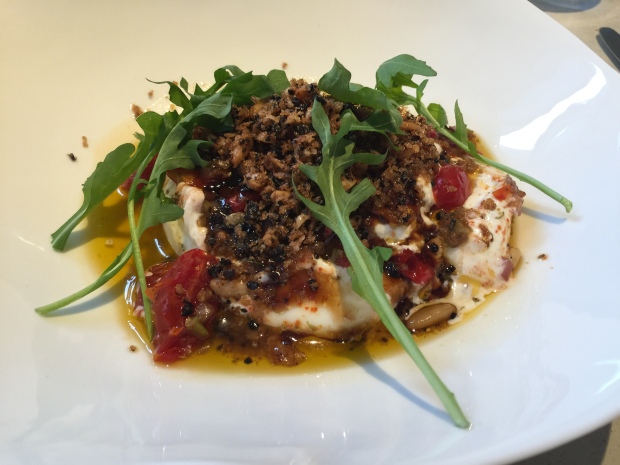 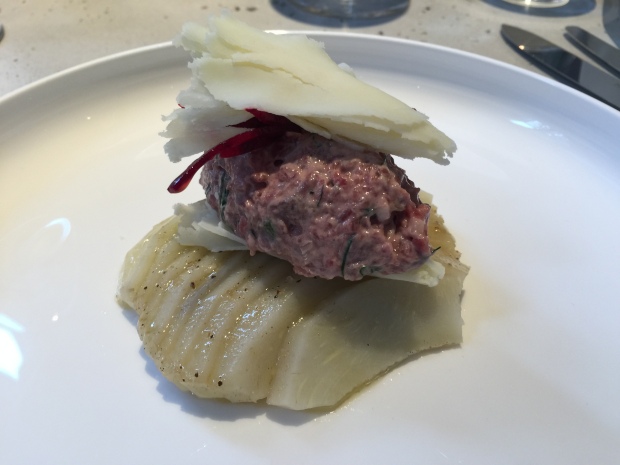 The lightness of touch continued in to the mains with cod, served with golden raisins, spinach and a curried cauliflower puree that lifted everything it was smeared on to.  The fish was glorious; a nutty brown exterior that opened up to flakes the colour of Simon Cowell’s veneers.  Lamb rump was given the Ottolenghi treatment, with bulbs of roast garlic and a fragrant pesto coated aubergine.  Aubergine came back as a puree whilst a crisp potato terrine sucked up the juices of the animal.  It was stellar cooking, clinical and clean, with not an ingredient used in vain. 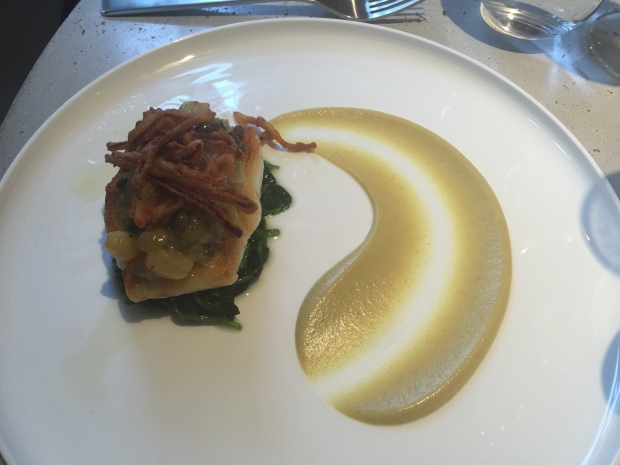 Grouse was classically treated.  The delicate breast cooked to a consistent dark pink and doused in a sauce rich with tart elderberries that cut through the gamy meat.  A dice of root vegetables and an almost milky celeriac puree were harmonious whilst a crisp roll of the leg meat topped with a pear puree reinforced the birds flavour.  We revert back to the sourdough to clean up the last of the plate.

Desserts kept up the high standard.  A just-set blackberry jelly, dotted with fruit and finished with a sorbet of staggering depth, hit all the right spots.  The star though, was a perfect tart with pastry so fine we had to check it was there.  From the fig jam at the base to the frangipane full of coarse pistachio, every mouthful delivered in spades.

I’ve tried my best not to turn this into a direct comparison with the previous home of Phil Howards cooking, though its inevitable that people will.  For me, the more simplistic approach allowed the produce to speak for itself.  Every flavour was pronounced and clear, every dish concise with its execution.  It was modern cooking delivered in Phil Howards unmistakable style. Elystan Street produced the meal of the year for me, despite being a week old when we visited.  This time next year I fully expect to see its name towards the top of the list on all of the important food guides.

My Tweets
Follow Meat and One Veg on WordPress.com